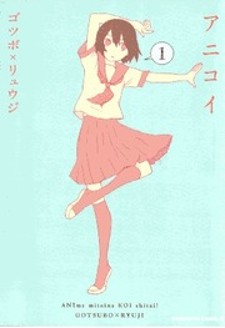 Description : Takatoki is a high school boy with an intense obsession for manga and anime. He desperately wants a typical anime romance with a girl who falls into a typical female anime stereotype. His childhood friend Chiyoko, a very unladylike girl who is a notorious fighter, tries in vain to get his mind back to reality. One day, the two of them run into a girl in a sailor schoolgirl outfit being threatened by a generic band of thugs. As Chiyoko beats up the thugs, Takatoki learns that the girl, Asadzuma Youtsugi, is a cosplayer who wants to lead the life of an anime character. Was this Takatoki's fated first encounter with his future anime lover!?
Chapters
Top manga