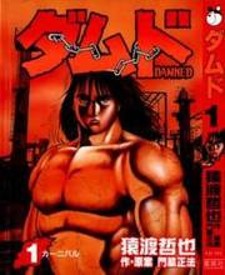 From Illuminati-Manga: At the turn of the previous century, the earth quaked. The earth's crust began to shift for the fourth time, centering around the coast of the Atlantic Ocean. The entire world's land mass was reduced to 3/5 of the planet, and the human population was reduced by a third. Put simply...the earth had gotten old. In 2039, there was only one country that continued to prosper, glaring around at the rest of the dying planet: Japan. Todoroki Jin returns to Tokyo, the city where he was born, in hopes of finding his friend Ryoma. Little does Jin know about how Tokyo's changed since his last visit... The oneshot at the end of volume 3 is called Warrior of the Holy Flame, Abi. Recommended for fans of Riki-Oh
Chapters
Top manga