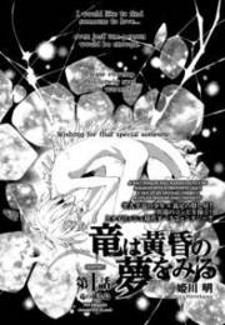 Ryuu wa Tasogare no Yume o Miru summary: Hirasawa was the scientist in charge of a special lab specimen that was a fusion between dragon and human DNA, dubbed the "Archetype". But when he escapes the secret organization "Ilumine" which was employing him, taking the specimen and his daughter Koyom...

["Zelda no Densetsu: Mugen no Sunadokei"]

From Anime News Network The Legend of Zelda: Ocarina of Time manga is based off of the popular Nintendo 64 game of the same name. Young hero Link travels the world of Hyrule in search of the Spiritual Stones and encounters many friendly faces throughout his journey, including Zelda, the princess of...