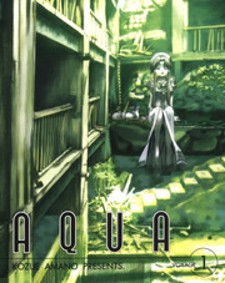 From Tokyopop: After 150 years of terraforming, Aqua, the planet formerly known as Mars, now has over 90% of its surface covered by water. A young girl named Akari Mizunashi arrives at the city of Neo-Venezia, an exact replica of the old Italian city of Venice, hoping to become an Undine, the most coveted job on Aqua. Follow Akari's adventures as she discovers the wonders of Aria in this prequel to the popular Aria anime and manga series. This is a prequel to a series called Aria.
Chapters
Top manga