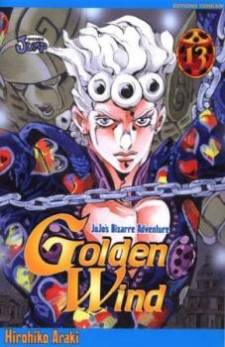 SERIES 5: "Vento Aureo" The fifth arc of Jojo's Bizarre Adventure, Vento Aureo, follows Giorno Giovana, the son of Dio Brando (while posessing Jonathan Joestar's body), as he rises to the top of organized crime. Giorno wants to become a Gang Star in order to help make the world a better place. His mob group must first be won over to accept him and his ideals as they take on missions with their Stand abilities. The later half of the story boils down to a showdown between their group and the Boss as the Boss tries to erase anyone who knows about him.