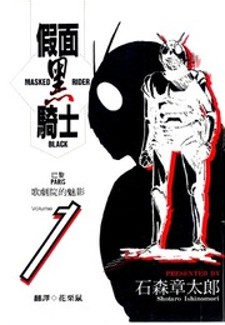 Rated 3 / 5 based on 285 votes.
Description : After being kidnapped by the cult Gorgom, Kotaro Minami were submitted to a mutant surgery with the purpose of becoming the candidates for the next Gorgom Devil King. Kotaro escaped and turned against Gorgom as Kamen Rider Black.
Chapters
Top manga