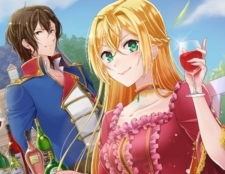 Rebirth of the Villainess: The Life of Letizia after the Engagement Annulment

Rebirth of the Villainess: The Life of Letizia after the Engagement Annulment summary:

For some reason, ducal daughter's Leticia was plotting to break her engagement with the prince. Such an effort will bear fruit, and the prince is splendid. Shortly after the engagement was sentenced to destruction... The King fell down! She recalled her memory of her previous life as a nurse. It was the full mobilization of her former knowledge that saved the King's life. She was a person in the midst of the King's Life and destruction of the engagement, but in the world now to relax slowly, start living in the country. While drinking a favourite drink, was spending leisurely, somehow, for the first time the incident specialize from next to next-Nonbendarari life is also a dream dream!? Lazy daughter, busy seeking freedom and laziness!