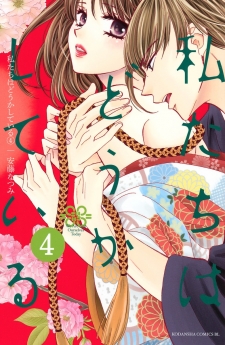 Kougetsu An, a well-established Japanese-style confectionary store where Nao's mother worked and lived is where she met Tsubaki. However, after a certain incident, Nao's mother was accused of murder and is arrested. Because of that, Nao was banned from Kougetus An. Fifteen years later, Tsubaki revisits a disapproving Nao, which make the two compete at a showdown for their skills. The hateful Tsubaki who once made Nao's life a crazy mess approached Nao later to marry him since he has yet to notice that his long-lost childhood friend is Nao. How will Nao react to this unexpected proposal?!